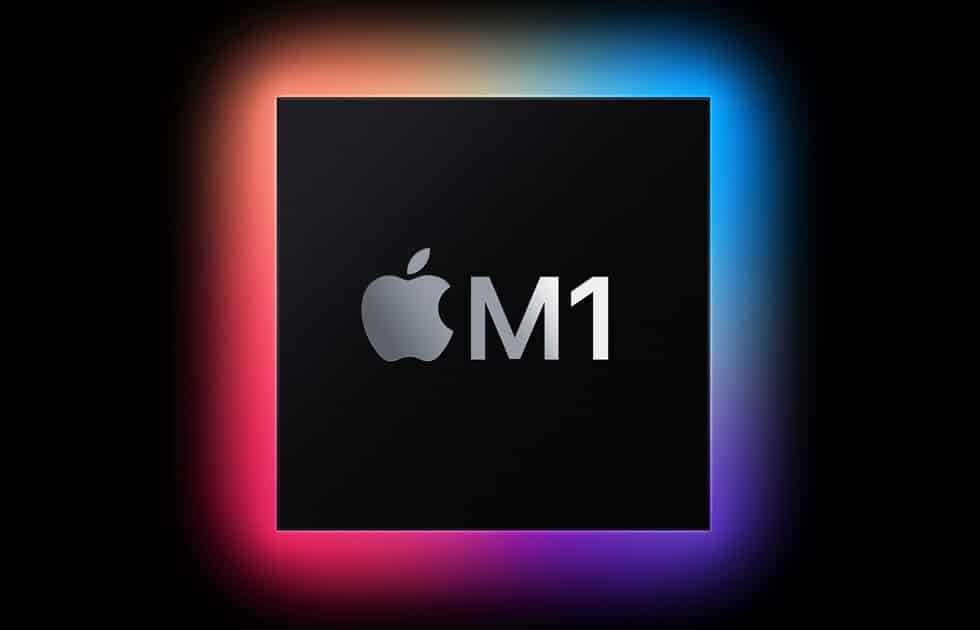 Unlike previous chips powering Apple’s devices built on the x86 architecture, the new Apple Silicon M1 deploys an ARM-based architecture. In November 2020, Apple released its first devices with the M1 chips, including the 2020 13-inch MacBook Pro™, MacBook Air ™ and Mac Mini ™ models. Fast forward to 2021 and Apple has added the iMac ™ and iPad Pro ™ to its lineup of devices powered by the M1 chip.

So, what’s so great about this chip? It integrates the processor, graphics, memory and more into a single chip. Doing this allows Apple to put an entire computer into a tiny space so small it nearly disappears! The M1 chip is the result of innovative work performed over a decade. Its unmatched performance and efficiency make devices that utilize the M1 chip a great option in the business world.

The system on a chip (SoC) technology that the M1 features is what sets the chip apart from its predecessors and provides the ability for devices powered by the chip to reach a new level. Previously, Macs, for instance, used several chips for CPU, I/O and security. Integrating all these pieces and more onto a singular chip is the reason why these chips are faster and more efficient than previous models. The ability to access the same data without needing to flip-flop between multiple memory pools is also a major factor setting the M1 apart thanks to the unified memory architecture it’s equipped with. The fastest CPU core available in low-power silicon and unmatched CPU performance per watt is made possible thanks to the whopping 16 billion transistors in the M1—the most Apple has ever put into a chip.

When taking a deeper dive into what exactly makes Apple’s M1 chip stand out, there are three components that are worth looking at.

The speed of devices that deploy the M1 chip is impressive. Even when compared to the latest PC laptop chips, the M1 uses only 25 percent of the power to offer 2x faster CPU performance. This higher efficiency leads to a better battery life, which is nearly 2x longer than previous generation Macs. For instance, the 13-inch MacBook Pro can last up to 20 hours, which is double the battery life of its predecessor. Other benefits of the M1 include an improved image signal processor for improved video-call quality and a secure base for the operating system thanks to the integrated Secure Enclave. Dedicated hardware for encryption and decryption is included along with hardware encoders and decoders for popular media formats. Finally, the Thunderbolt controller now boasts 40 Gbps transfer speeds and USB-4 capabilities. Integrating devices into your workplace powered by the M1 chip such as iMacs or MacBooks will be an investment that will pay dividends thanks to the unmatched performance Apple has delivered.

ACP CreativIT and CCCP are happy to help your business deploy the latest devices from Apple containing the M1 chip. Contact us at contactus@cccp.com to talk to one of our experts today or visit our website here.

©2021 Apple Inc. All rights reserved. Apple and the Apple logo are trademarks of Apple Inc., registered in the U.S. and other countries.